No ML/DS work this month. But I am beginning to get interested in microscopy, so…

I turned 50 in February. Two months later, I’m still confused by this. Was still recovering from COVID.

Welp…this took a long time to write up. In my defense, I got COVID in January and that sort of threw me off for a couple months. But it’s also just taken me a while to get back to it. Anyhow, onward!

I’m leaving out all the incredibly important time with my family; this isn’t the venue I choose to record that in.

A bit sidelined by Xmas, but still:

My wife and I were out at the Coquitlam River Park today, walking along the trails. We hadn’t been there before, and it was amazing to see the river flow. It was fast, and it was easy to imagine the bad things that would happen if it flooded.

On our way back, we crossed Patricia Bridge, a small footbridge that took us back to where we’d parked. For fun, I decided to try guestimating the river flow, and then see if I could find actual data on it once we got home. I figured I probably wouldn’t be terribly accurate, but it would be interesting to see how wrong I was – and maybe why.

By dropping a stick in the river & watching it go, I estimated that the water speed was something like 2 metres/second (at least, near the bank). By pacing out the footbridge, I estimated the width to be 30 metres. I had no clue about the depth of the water, so I decided to call it 5 metres; similarly, to simplify things I decided to assume an oblique triangular profile for the river bottom. That gave me a surface area of 75 m^2 (that is, of the face of water from the bottom of the river to the top); assuming 2m/s, that gave me a volume of 150 m^3/s.

Is there real data on this? You damn betcha! Station 08MH002 is maybe a kilometer from Patricia Bridge, and even has a graph:

The damn tooltip doesn’t show up in the screenshot, but it read 62.3 m^3/s at 2:15 PM PDT – right about when I was pacing off the breadth of the river. That puts me off by about 2.5X. I was hoping to be closer than that!

So what did I have wrong? Well, the depth – which the same graph shows as 8.871 metres at the same time. That doesn’t help my model any…that would make my volume about 266 m^3/s.

What about flow? My model assumes that water flow is the same from top to bottom; is that correct? Probably not! (Incidentally, I didn’t know that ResearchGate had its own StackExchange-like Q&A feature…) The linked paper has this graph: 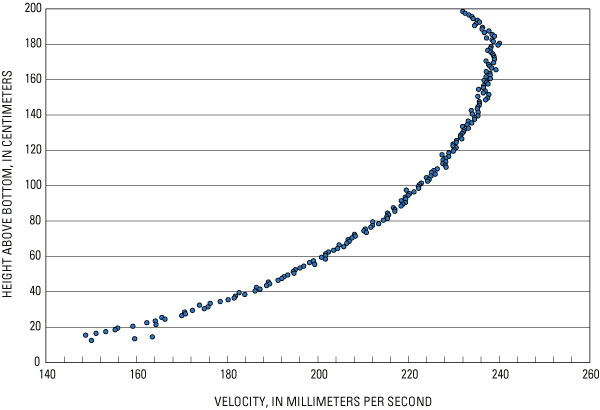 which came from this USGS publication.

At this point, I fell down another rabbit hole around modelling velocity distribution in rivers, other papers giving empirical results on velocity distribution, and so on. This article gave Manning’s Equation, which I was excited about until I realized this doesn’t really apply here. But it was interesting reading about Manning himself.

I was hoping to get a rough-and-ready formula to figure out the average velocity distribution, but that didn’t come up in my very quick, not terribly attentive reading. I wonder if I could just use a multiplier of 0.4 (my estimate vs what the readings were) as an empirical heuristic?

Also…as far as the big surge in data goes, my assumption is that the dam that’s upstream released a bunch of water, given the very sharp rise that occurred right at midnight. Still digging into that.

What did I do this month? Let’s see. 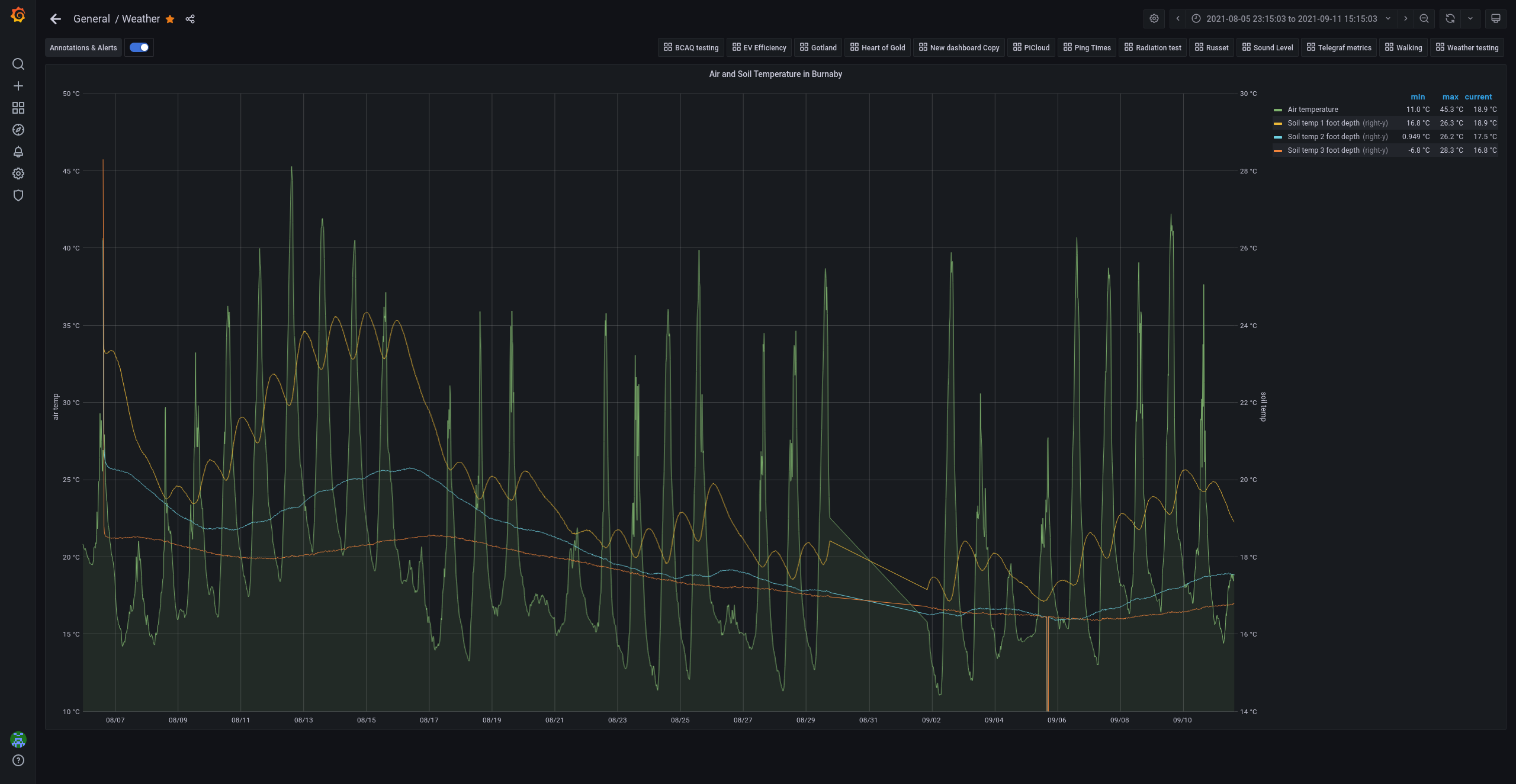 Note the dual scales – air temp (green shaded line) on the left, soil temp (yellow/blue/orange) on the right. Fascinating to see how the change in temperature is buffered at different depths.